Green path rich with green. Dyed with the scent of sweets 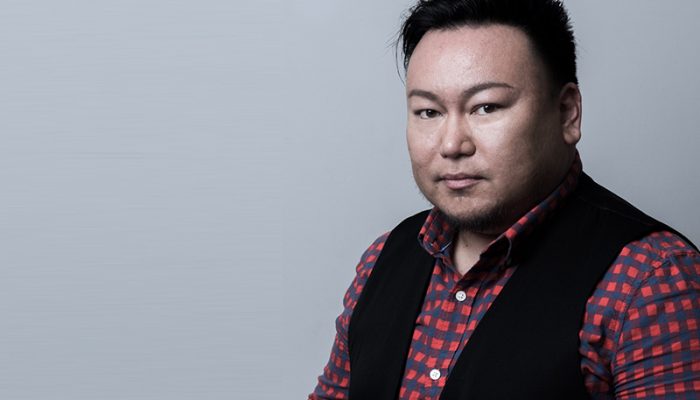 AIJ is more than just a name for this artist. It stands for “(A)ll (I)n (J)oy”, a concept of universal happiness that runs deep in all of his work.

It can be said, that AIJ was born to become a bilingual musician. He spent his early childhood in Hawaii. His father is a pastor and vocalist, and his mother is a pianist. AIJ truly is a product of his environment.

AIJ attended an international school in Tokyo starting in elementary school. He started writing his own songs in middle school and started pursuing it seriously during his days at Temple University Japan Campus. After graduation, he started working at GABA English language school as one of the very few native Japanese instructors. He taught over 2000 students a year while pursuing his career as an artist. By the time AIJ left GABA, he had been promoted to top instructor status.

AIJ started putting his bilingual expertise proved to be invaluable after branching out on his own. He gave private English lessons to VIP clients ranging from famous musicians and actors to politicians. His unique mastery of Japanese and English was also praised in his music career. He became the translator and backup singer for Japan-based American sensation Charlotte Kate Fox, who leaped to stardom thanks to her lead role in the hit NHK TV series Massan. He also landed a spot as a backup singer for legendary J-Pop star Tomomi Kahara. He also wrote lyrics and was the dialect coach for the English release of WAY OF GLORY by AAA which took the No.1 spot on the Oricon chart in March 2017.

Stemming from his work in music, AIJ has also done narration work for countless TV programs. Starting in 2016, he has been responsible for navigating the in-flight programming on Japan Airlines’ mid to long-distance flights. He was also in charge of creative translation and narration for the Vice President of the international branch of Japanese company Lion. AIJ has also headed both Japanese and English narration for the 2017 Mitsubishi Eclipse Cross SUV commercial and Casio Privia series digital piano commercials.

Currently, AIJ is producing music and video content as well as doing narration and music consulting with the company he founded called B.B.Q Co., Ltd. In order to expand Japanese contents, they are providing services specializing in the entertainment industry, such as creative translation and overseas promotion of Japanese artists.

By communicating through music and video, and words in fun and positive way, AIJ and B.B.Q hope to foster fresh new ideas in all forms of entertainment. YUKI made his major label debut on Universal Music in 2005. “MOTTAINAI”, his collaborative song with comic actor Lou Oshiba, was featured on NHK’s “Minna No Uta” radio program. YUKI went viral on Twitter with his local Hokkaido song “Genghis Khan”. On its most trending day in 2017, it was ranked as the 13th most popular retweet.

YUKI has had over 2 million plays on YouTube and is currently active in several different fields including music production and narration.