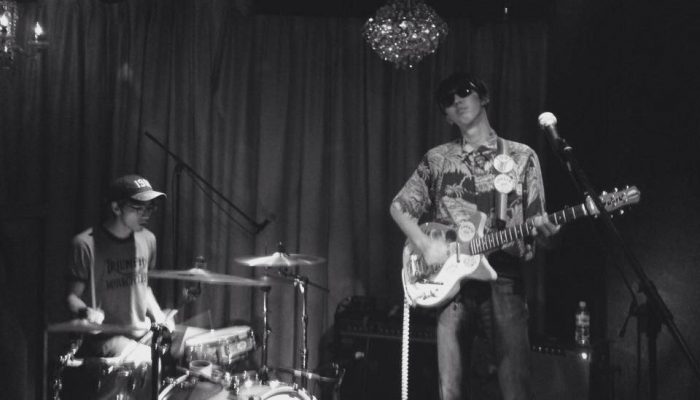 Hailing from Saitama, Boys Age is a musical duo that formed in 2013. Proceeding a number of self-released singles, they landed a US debut by releasing their 1st album off of <BURGER RECORDS> (CA)/<GNAR TAPES> (CA)/<Bleeding Gold> (CA). Being touted as the “Japanese DIY master,” they have allured their core listeners ever since their inception. Their first domestic release, “Calm Time” was in 2015 via <Magniph>, which was also subsequently released off of <BURGER RECORDS> spurring various music magazines abroad including DIY magazine and Tiny Mix Tapes in a delightful frenzy, which led to a widespread release across the states, Italy, UK, and Ireland amongst others while his tracks also enjoyed play time on US’ acclaimed radio station WFMU.

He has since collaborated with Sonny & the Sunsets’ cult star Sonny Smith, and has released a split 7″ with DIY godfather R. Stevie Moore, also known for his recent collaborations with Ariel Pink and Jad Fair. Boys Age has also supported the stages of Painted Palms and Scott & Charlene’s Wedding.

Frontman Mutoh continues to mesmerize listeners with the use of retro equipment and an ever-creative mind, at times placing them in a confused state with his strange wails and peculiar pronunciation. Though it may be a challenge to wrap your head around his idiosyncratic world, it’s hardly a challenge to fall in love with the melodies they concoct.