Drive through the glittery nightscapes of Ginza as we take you through their lesser known roads. 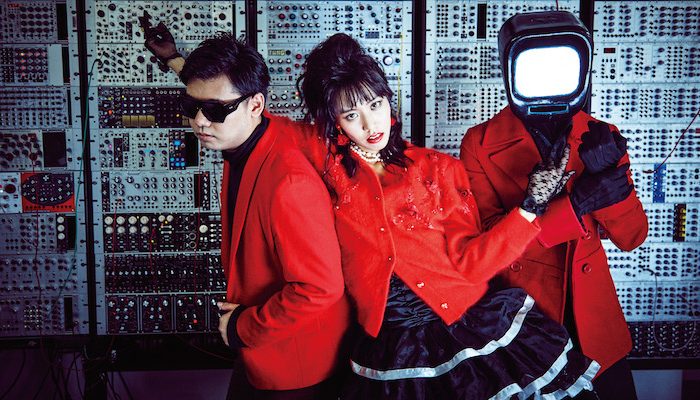 Satellite Young is an electronic unit that hit the modern age like a meteor with their cute and nostalgic vocals. Adding a modern electronic twist to an iconic 80s sound, they’ve successfully integrated 80s popular Japanese idol sound with lyrics that speak about the post-internet age, supplying the future with a hint of nostalgia. Widely known for their songs “Sniper Rouge” made in collaboration with Mitch Murder (sound producer of “Kung Fury”), and the theme track for anime, “Senpai Club,” the trio has also appeared on stage at the 2017 instalment of South By South West (SXSW).

Tele Hideo
Technologist / Cyborg: He was made by television.