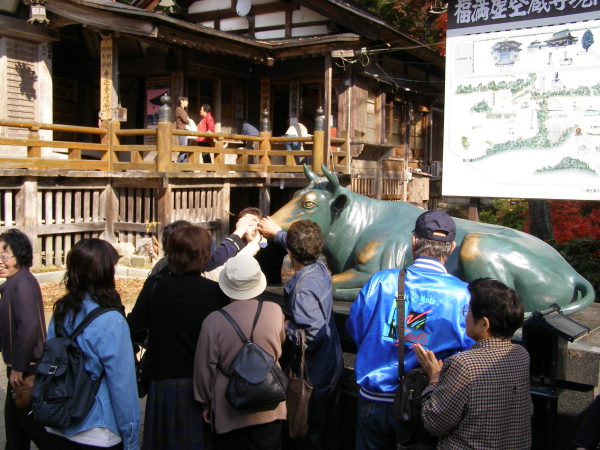 A legendary red cow believed to bring about good luck.  The cute Akabeko, a red cow that shakes its head humorously, is a traditional toy in the Aizu area of Fukushima prefecture.

According to legend, when the main hall of Enzouji temple was being built, a herd of powerful red bulls appeared out of nowhere and helped to carry the lumber.  That is why the people made a cow/bull statue (called nade-ushi) on the temple grounds to show their appreciation, and it is tradition for visitors to rub it for good luck.