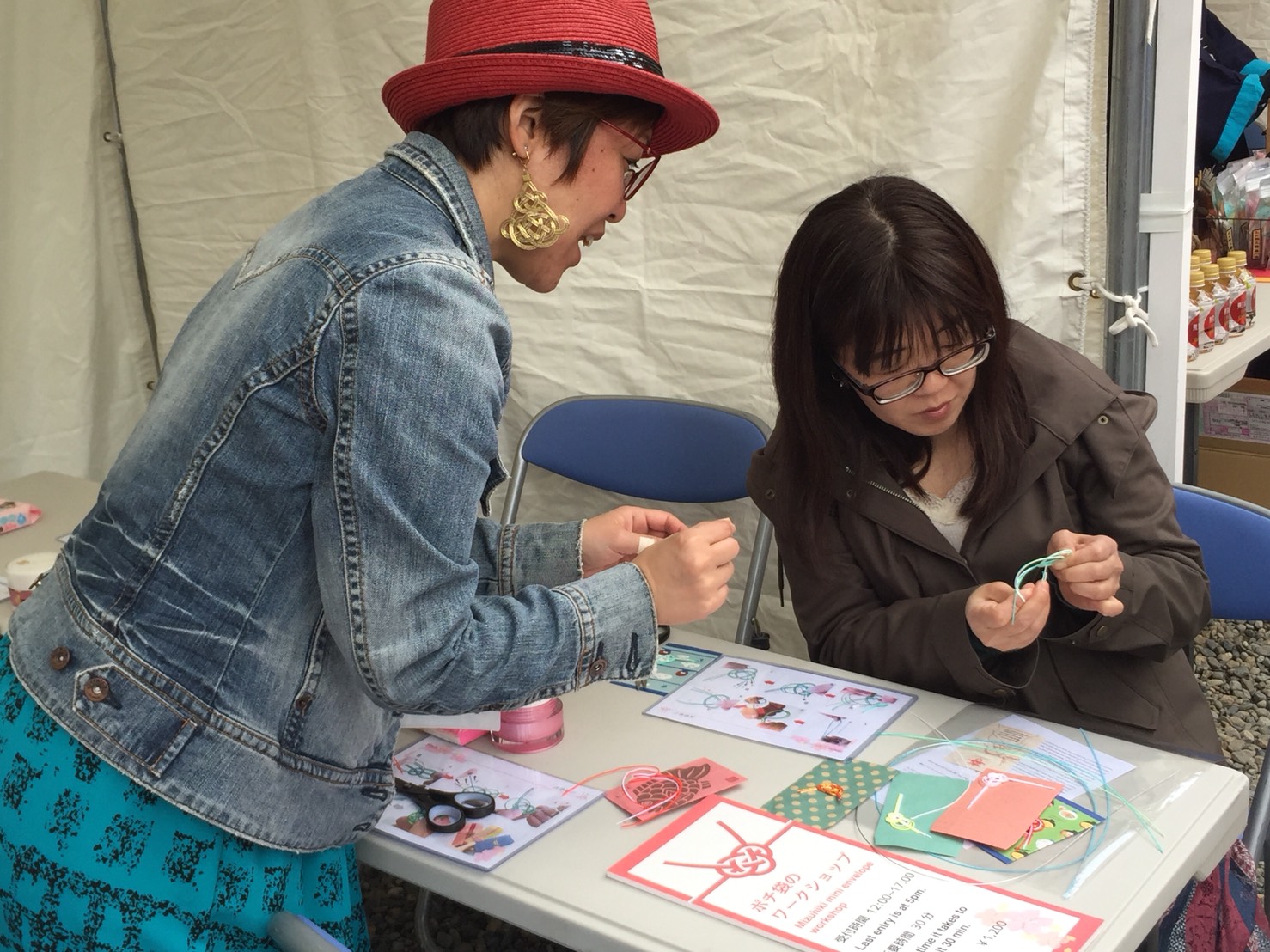 Mizuhiki is a decorative cord that is tied around the gift or an evelope.

The tradition is said to have originated in the early 7th century when Ono no Imoko,who was an official envoy to China,returned from a mission getting gifts wrapped with hemp strings dyed red and white.Thereafter,tying gifts with red white cord became a fad, spreading mostly among court nobles. Mizuhiki is made from long thin strips of wash paper tightly twisted into thin “koyori”strings. It was not until after World War II that the general public began to incorporate mizuhiki cords.

Until then it was mainstream “motoyui” that use for setting Samurai’s hair, but samurai disappeared, and mizuhito as a decorative product developed. There are various ways of tying the mizuhiki. The most common styles are the “awaji-musubi” knot. This knot cannot be untied. It is a style used to convey the hope that the particular event will not be repeated. Rather than expressing one’s feelings directly through words, the Japanese discreetly wrap mizuhiki cords around their gifts for the recipient to sense their intentions.