It’s Not Just About Curry, Here at Curry Station Niagara 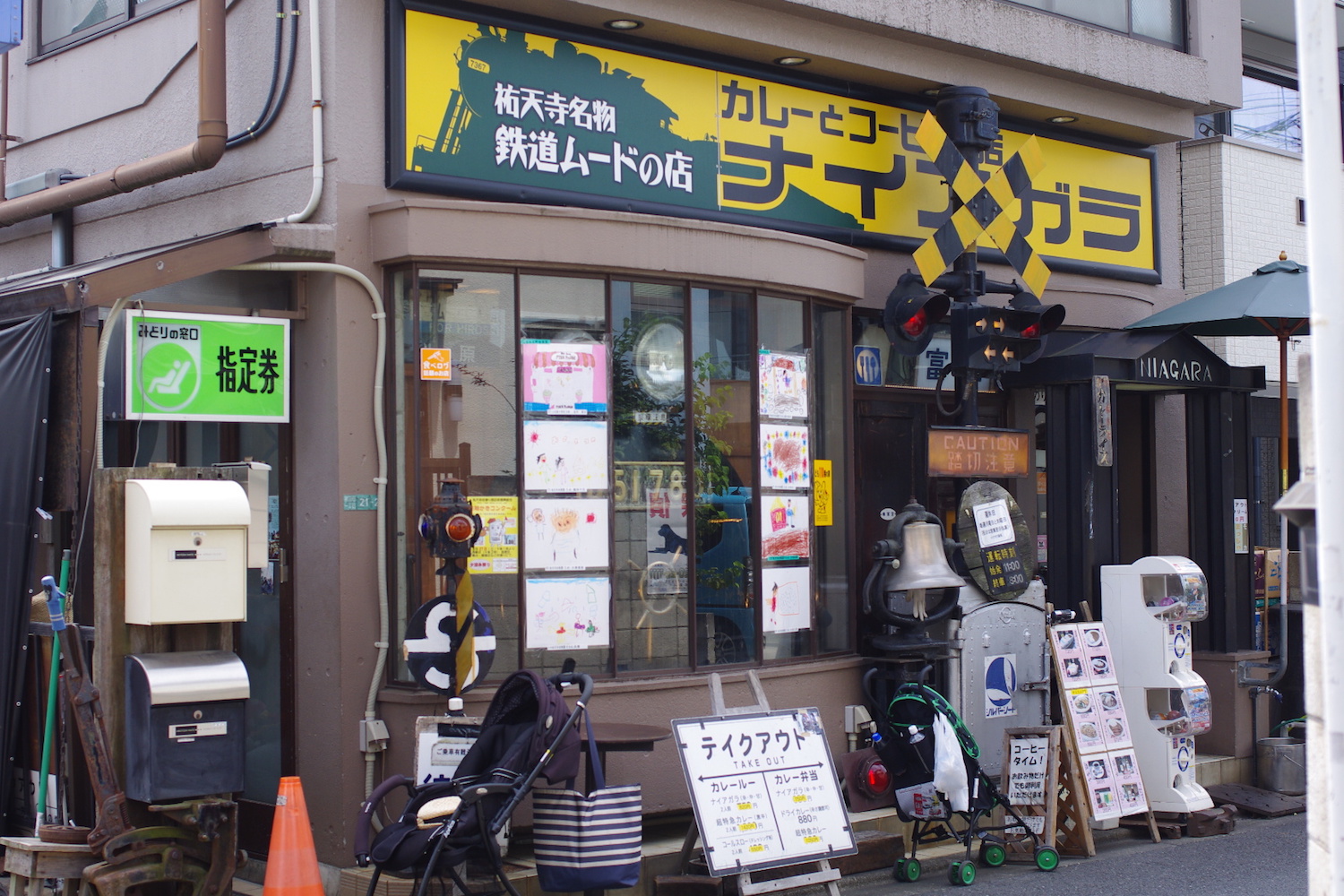 It was back in the Meiji era when trains aka convenience in physical form (stated fact in Japan), took on railroad tracks in Japan. Run by the Japanese National Railways for 81 years from 1906 until its breakup and rebirth into seven Japan Railways Group companies (more commonly known as JR) in 1987, trains have been and continue to be an essential form of transportation if you want to get anywhere on this island. With it being such a crucial part of life, it’s understandable to see how this man in Yutenji developed a huge affection towards this ever-convenient vehicle.

Japan is full of restaurants with quirky twists, and Niagara does not fall short from its fun (and at times, incomprehensible) assortment. Characterized as a “train-themed curry restaurant,” Niagara is a rather compact restaurant that’s packed with every train-related item you could possibly conjure up. The exterior is decked out with a huge railway crossing sign as well as various signs you would usually spot in and around the station; they even use a train door to serve as an entrance to what we might as well call train wonderland. The interior is also complete with seats that were actually used on railway trains back in the early 1900s (when trains were still made out of wood), as well as signs with station names written on them, a railroad track that was used over 100 years ago, and many more. It is noteworthy that all of these belonged to the late founder, Hirotoshi Naito, with about 4% displayed in the store, whilst various items are handpicked from the other 96% when they change up sections of the display every six months. With even the bathroom door being a door that was once used on a train, there’s no denying that this restaurant exudes an undying passion for trains.

Those of you who were attentive enough may have noticed the miniature railroad tracks laid right at the side of every table amongst the vast collection of railroad memorabilia. That, my friend, is where your food and/or drinks will be travelling. Your order will be attached to a miniature railway train and will be delivered straight to your table; it even comes with an announcement that goes along the lines of “Curry departing” (as it leaves the kitchen), and “Curry now arriving” (as it reaches your table). Be assured that the staff will hold English announcements when necessary. When seated on chairs that were once used for trains and being surrounded by everything you spot at train stations, it almost gives an illusion that you’ve hopped onto a train to take on your next adventure, only to realize that this restaurant is definitely stationary — but Niagara subtly suggests that perhaps the journey is much worth stressing rather than where you’re destined to end up.